Third Transnational Meeting and Video Shooting in Dresden, 21-22 of March 2018 During the past 21st and 22nd of March, it was held in Dresden, Germany  the 3rd Transnational Partners Meeting of the Erasmus+ EU-NET project. During the meeting Partners have discussed the final versions of the project results available online in English, Spanish,Italian,Greek and German language at www.eu-network.net:

Moreover Partners have decided the key elements for improvement of the final project e-booklet/Handbook  and the video shooting for the promotional videos (interviews of youth workers from the partner Countries) took place in the nice urban spots of the German city. Finally next deadlines have been discussed together with the arrangements for improving general dissemination and final impact of the project, including the  4th and last Transnational Meeting in Alzira (Comunidad Valenciana, Spain) that will be followed by EU-NET’s  final Conference in Spain. 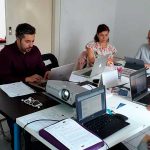 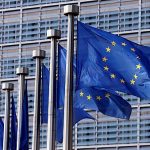 What is Europe Day and is anyone celebrating?Uncategorized